Each tablet contains 15 mg of pioglitazone (as hydrochloride).

Each tablet contains 30 mg of pioglitazone (as hydrochloride).

Each tablet contains 45 mg of pioglitazone (as hydrochloride).

The tablets are white to off-white, round, convex and marked '15' on one face and 'ACTOS' on the other face.

The tablets are white to off-white, round, flat and marked '30' on one face and 'ACTOS' on the other face.

The tablets are white to off-white, round, flat and marked '45' on one face and 'ACTOS' on the other face.

Pioglitazone is indicated as second or third line treatment of type 2 diabetes mellitus as described below:

as dual oral therapy in combination with

- a sulphonylurea, only in adult patients who show intolerance to metformin or for whom metformin is contraindicated, with insufficient glycaemic control despite maximal tolerated dose of monotherapy with a sulphonylurea.

as triple oral therapy in combination with

Pioglitazone is also indicated for combination with insulin in type 2 diabetes mellitus adult patients with insufficient glycaemic control on insulin for whom metformin is inappropriate because of contraindications or intolerance (see section 4.4).

After initiation of therapy with pioglitazone, patients should be reviewed after 3 to 6 months to assess adequacy of response to treatment (e.g. reduction in HbA1c). In patients who fail to show an adequate response, pioglitazone should be discontinued. In light of potential risks with prolonged therapy, prescribers should confirm at subsequent routine reviews that the benefit of pioglitazone is maintained (see section 4.4).

In combination with insulin, the current insulin dose can be continued upon initiation of pioglitazone therapy. If patients report hypoglycaemia, the dose of insulin should be decreased.

No dose adjustment is necessary for elderly patients (see section 5.2). Physicians should start treatment with the lowest available dose and increase the dose gradually, particularly when pioglitazone is used in combination with insulin (see section 4.4 Fluid retention and cardiac failure).

No dose adjustment is necessary in patients with impaired renal function (creatinine clearance > 4 mL/min) (see section 5.2). No information is available from dialysed patients therefore pioglitazone should not be used in such patients.

Pioglitazone should not be used in patients with hepatic impairment (see sections 4.3 and 4.4).

The safety and efficacy of Actos in children and adolescents under 18 years of age have not been established. No data are available.

Pioglitazone tablets are taken orally once daily with or without food. Tablets should be swallowed with a glass of water.

Pioglitazone is contraindicated in patients with:

- hypersensitivity to the active substance or to any of the excipients listed in section 6.1

A cardiovascular outcome study of pioglitazone has been performed in patients under 75 years with type 2 diabetes mellitus and pre-existing major macrovascular disease. Pioglitazone or placebo was added to existing antidiabetic and cardiovascular therapy for up to 3.5 years. This study showed an increase in reports of heart failure; however this did not lead to an increase in mortality in this study.

Combination use with insulin should be considered with caution in the elderly because of increased risk of serious heart failure.

In light of age- related risks (especially bladder cancer, fractures and heart failure), the balance of benefits and risks should be considered carefully both before and during treatment in the elderly.

Cases of bladder cancer were reported more frequently in a meta-analysis of controlled clinical trials with pioglitazone (19 cases from 12,506 patients, 0.15%) than in control groups (7 cases from 10,212 patients, 0.07%) HR=2.64 (95% CI 1.11-6.31, p=0.029). After excluding patients in whom exposure to study drug was less than one year at the time of diagnosis of bladder cancer, there were 7 cases (0.06%) on pioglitazone and 2 cases (0.02%) in control groups. Epidemiological studies have also suggested a small increased risk of bladder cancer in diabetic patients treated with pioglitazone, although not all studies identified a statistically significant increased risk.

Risk factors for bladder cancer should be assessed before initiating pioglitazone treatment (risks include age, smoking history, exposure to some occupational or chemotherapy agents e.g. cyclophosphamide or prior radiation treatment in the pelvic region). Any macroscopic haematuria should be investigated before starting pioglitazone therapy.

Patients should be advised to promptly seek the attention of their physician if macroscopic haematuria or other symptoms such as dysuria or urinary urgency develop during treatment.

Following initiation of therapy with pioglitazone, it is recommended that liver enzymes be monitored periodically based on clinical judgement. If ALT levels are increased to 3 x upper limit of normal during pioglitazone therapy, liver enzyme levels should be reassessed as soon as possible. If ALT levels remain > 3 x the upper limit of normal, therapy should be discontinued. If any patient develops symptoms suggesting hepatic dysfunction, which may include unexplained nausea, vomiting, abdominal pain, fatigue, anorexia and/or dark urine, liver enzymes should be checked. The decision whether to continue the patient on therapy with pioglitazone should be guided by clinical judgement pending laboratory evaluations. If jaundice is observed, the medicinal product should be discontinued.

In clinical trials with pioglitazone there was evidence of dose related weight gain, which may be due to fat accumulation and in some cases associated with fluid retention. In some cases weight increase may be a symptom of cardiac failure; therefore weight should be closely monitored. Part of the treatment of diabetes is dietary control. Patients should be advised to adhere strictly to a calorie-controlled diet.

Post-marketing reports of new-onset or worsening diabetic macular oedema with decreased visual acuity have been reported with thiazolidinediones, including pioglitazone. Many of these patients reported concurrent peripheral oedema. It is unclear whether or not there is a direct association between pioglitazone and macular oedema but prescribers should be alert to the possibility of macular oedema if patients report disturbances in visual acuity; an appropriate ophthalmological referral should be considered.

An increased incidence in bone fractures in women was seen in a pooled analysis of adverse reactions of bone fracture from randomised, controlled, double blind clinical trials in over 8100 pioglitazone and 7400 comparator treated patients, on treatment for up to 3.5 years.

In the 3.5 year cardiovascular risk PROactive study, 44/870 (5.1%; 1.0 fractures per 100 patient years) of pioglitazone-treated female patients experienced fractures compared to 23/905 (2.5%; 0.5 fractures per 100 patient years) of female patients treated with comparator. No increase in fracture rates was observed in men treated with pioglitazone (1.7%) versus comparator (2.1%).

Some epidemiological studies have suggested a similarly increased risk of fracture in both men and women.

The risk of fractures should be considered in the long term care of patients treated with pioglitazone (see section 4.8).

As a consequence of enhancing insulin action, pioglitazone treatment in patients with polycystic ovarian syndrome may result in resumption of ovulation. These patients may be at risk of pregnancy. Patients should be aware of the risk of pregnancy and if a patient wishes to become pregnant or if pregnancy occurs, the treatment should be discontinued (see section 4.6).

Pioglitazone should be used with caution during concomitant administration of cytochrome P450 2C8 inhibitors (e.g. gemfibrozil) or inducers (e.g. rifampicin). Glycaemic control should be monitored closely. Pioglitazone dose adjustment within the recommended posology or changes in diabetic treatment should be considered (see section 4.5).

Actos tablets contain lactose monohydrate and therefore should not be administered to patients with rare hereditary problems of galactose intolerance, total lactase deficiency or glucose-galactose malabsorption.

Interaction studies have shown that pioglitazone has no relevant effect on either the pharmacokinetics or pharmacodynamics of digoxin, warfarin, phenprocoumon and metformin. Co-administration of pioglitazone with sulphonylureas does not appear to affect the pharmacokinetics of the sulphonylurea. Studies in man suggest no induction of the main inducible cytochrome P450, 1A, 2C8/9 and 3A4. In vitro studies have shown no inhibition of any subtype of cytochrome P450. Interactions with substances metabolised by these enzymes, e.g. oral contraceptives, cyclosporin, calcium channel blockers, and HMGCoA reductase inhibitors are not to be expected.

Pioglitazone has been shown to be present in the milk of lactating rats. It is not known whether pioglitazone is secreted in human milk. Therefore, pioglitazone should not be administered to breast-feeding women.

In animal fertility studies there was no effect on copulation, impregnation or fertility index.

Actos has no or negligible influence on the ability to drive and use machines. However patients who experience visual disturbance should be cautious when driving or using machines. 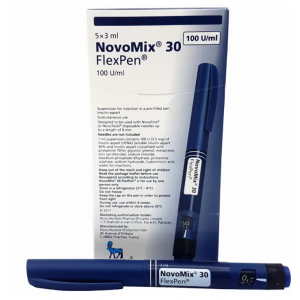 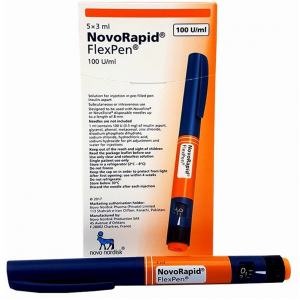 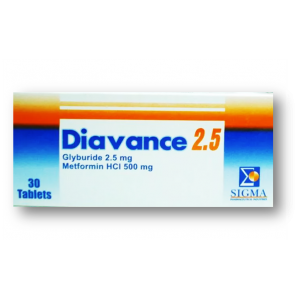