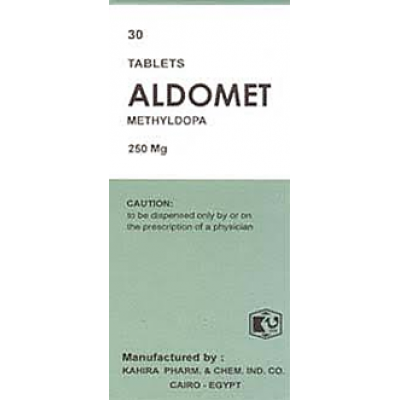 In the treatment of hypertension.

Adjustment: Usually adjusted at intervals of not less than two days, until an adequate response is obtained. The maximum recommended daily dosage is 3 g.

Many patients experience sedation for two or three days when therapy with 'Aldomet' is started or when the dose is increased. When increasing the dosage, therefore, it may be desirable to increase the evening dose first.

Withdrawal of 'Aldomet' is followed by return of hypertension, usually within 48 hours. This is not complicated generally by an overshoot of blood pressure.

Methyldopa is largely excreted by the kidney, and patients with impaired renal function may respond to smaller doses.

Therapy with 'Aldomet' may be initiated in most patients already on treatment with other antihypertensive agents by terminating these antihypertensive medications gradually, as required. Following such previous antihypertensive therapy, 'Aldomet' should be limited to an initial dose of not more than 500 mg daily and increased as required at intervals of not less than two days.

When methyldopa is given to patients on other antihypertensives the dose of these agents may need to be adjusted to effect a smooth transition.

When 500 mg of 'Aldomet' is added to 50 mg of hydrochlorothiazide, the two agents may be given together once daily.

Initial dosage is based on 10 mg/kg of bodyweight daily in 2-4 oral doses. The daily dosage is then increased or decreased until an adequate response is achieved. The maximum dosage is 65 mg/kg or 3.0 g daily, whichever is less.

The initial dose in elderly patients should be kept as low as possible, not exceeding 250 mg daily; an appropriate starting dose in the elderly would be 125 mg b.d. increasing slowly as required, but not to exceed a maximum daily dosage of 2 g. Syncope in older patients may be related to an increased sensitivity and advanced arteriosclerotic vascular disease. This may be avoided by lower doses.

'Aldomet' is contra-indicated in patients with:

• active hepatic disease, such as acute hepatitis and active cirrhosis

• hypersensitivity to the active substance (including hepatic disorders associated with previous methyldopa therapy), or to any of the excipients listed in section 6.1

• with a catecholamine-secreting tumour such as phaeochromocytoma or paraganglioma

Acquired haemolytic anaemia has occurred rarely; should symptoms suggest anaemia, haemoglobin and/or haematocrit determinations should be made. If anaemia is confirmed, tests should be done for haemolysis. If haemolytic anaemia is present, 'Aldomet' should be discontinued. Stopping therapy, with or without giving a corticosteroid, has usually brought prompt remission. Rarely, however, deaths have occurred.

Some patients on continued therapy with methyldopa develop a positive Coombs test. From the reports of different investigators, the incidence averages between 10% and 20%. A positive Coombs test rarely develops in the first six months of therapy, and if it has not developed within 12 months, it is unlikely to do so later on continuing therapy. Development is also dose-related, the lowest incidence occurring in patients receiving 1 g or less of methyldopa per day. The test becomes negative usually within weeks or months of stopping methyldopa.

Reversible leukopenia, with primary effect on granulocytes has been reported rarely. The granulocyte count returned to normal on discontinuing therapy. Reversible thrombocytopenia has occurred rarely.

Occasionally, fever has occurred within the first three weeks of therapy, sometimes associated with eosinophilia or abnormalities in liver-function tests. Jaundice, with or without fever, may also occur. Its onset is usually within the first two or three months of therapy. In some patients the findings are consistent with those of cholestasis. Rare cases of fatal hepatic necrosis have been reported. Liver biopsy, performed in several patients with liver dysfunction, showed a microscopic focal necrosis compatible with drug hypersensitivity. Liver-function tests and a total and differential white blood-cell count are advisable before therapy and at intervals during the first six weeks to twelve weeks of therapy, or whenever an unexplained fever occurs.

Patients may require reduced doses of anaesthetics when on methyldopa. If hypotension does occur during anaesthesia, it can usually be controlled by vasopressors. The adrenergic receptors remain sensitive during treatment with methyldopa.

Dialysis removes methyldopa; therefore, hypertension may recur after this procedure.

Rarely, involuntary choreoathetotic movements have been observed during therapy with methyldopa in patients with severe bilateral cerebrovascular disease. Should these movements occur, therapy should be discontinued.

Methyldopa may interfere with the measurement of urinary uric acid by the phosphotungstate method, serum creatinine by the alkaline picrate method, and AST (SGOT) by colorimetric method. Interference with spectrophotometric methods for AST (SGOT) analysis has not been reported.

As methyldopa fluoresces at the same wavelengths as catecholamines, spuriously high amounts of urinary catecholamines may be reported interfering with a diagnosis of catecholamine-secreting tumours such as phaeochromocytoma or paraganglioma.

It is important to recognise this phenomenon before a patient with a possible phaeochromocytoma is subjected to surgery. Methyldopa does not interfere with measurements of VMA (vanillylmandelic acid) by those methods which convert VMA to vanillin. Methyldopa is contraindicated for the treatment of patients with a catecholamine-secreting tumour such as phaeochromocytoma or paraganglioma.

Rarely, when urine is exposed to air after voiding, it may darken because of breakdown of methyldopa or its metabolites.

When methyldopa and lithium are given concomitantly the patient should be monitored carefully for symptoms of lithium toxicity.

When methyldopa is used with other antihypertensive drugs, potentiation of antihypertensive action may occur. The progress of patients should be carefully followed to detect side reactions or manifestations of drug idiosyncrasy.

Other classes of drug:

Several studies demonstrate a decrease in the bioavailability of methyldopa when it is ingested with ferrous sulphate or ferrous gluconate. This may adversely affect blood pressure control in patients treated with methyldopa.

'Aldomet' has been used under close medical supervision for the treatment of hypertension during pregnancy. There was no clinical evidence that 'Aldomet' caused foetal abnormalities or affected the neonate.

Published reports of the use of methyldopa during all trimesters indicate that if this drug is used during pregnancy the possibility of foetal harm appears remote.

Methyldopa crosses the placental barrier and appears in cord blood.

Although no obvious teratogenic effects have been reported, the possibility of foetal injury cannot be excluded and the use of the drug in women who are, or may become pregnant requires that anticipated benefits be weighed against possible risks.

Methyldopa appears in breast milk. The use of the drug in breast-feeding mothers requires that anticipated benefits be weighed against possible risks.

'Aldomet' may cause sedation, usually transient, during the initial period of therapy or whenever the dose is increased. If affected, patients should not carry out activities where alertness is necessary, such as driving a car or operating machinery.

Sedation, usually transient, may occur during the initial period of therapy or whenever the dose is increased. If affected, patients should not attempt to drive, or operate machinery. Headache, asthenia or weakness may be noted as early and transient symptoms.

If ingestion is recent, emesis may be induced or gastric lavage performed. There is no specific antidote. Methyldopa is dialysable. Treatment is symptomatic. Infusions may be helpful to promote urinary excretion. Special attention should be directed towards cardiac rate and output, blood volume, electrolyte balance, paralytic ileus, urinary function and cerebral activity.

Administration of sympathomimetic agents may be indicated. When chronic overdosage is suspected, 'Aldomet' should be discontinued.

It appears that several mechanisms of action account for the clinically useful effects of methyldopa and the current generally accepted view is that its principal action is on the central nervous system. The antihypertensive effect of methyldopa is probably due to its metabolism to alpha-methylnoradrenaline, which lowers arterial pressure by stimulation of central inhibitory alpha-adrenergic receptors, false neurotransmission, and/or reduction of plasma renin activity. Methyldopa has been shown to cause a net reduction in the tissue concentration of serotonin, dopamine, epinephrine (adrenaline) and norepinephrine (noradrenaline).

Absorption of oral methyldopa is variable and incomplete.

Peak concentrations in plasma occur at two to three hours, and elimination of the drug is biphasic regardless of the route of administration. Plasma half-life is 1.8 ± 0.2 hours.

Renal excretion accounts for about two thirds of drug clearance from plasma.

6.5 Nature and contents of container

White polyethylene bottle of 100 and 500 tablets with turquoise polyethylene closure, or PVC aluminium blister packs of 60 and 90 tablets.

6.6 Special precautions for disposal and other handling

10. Date of revision of the text 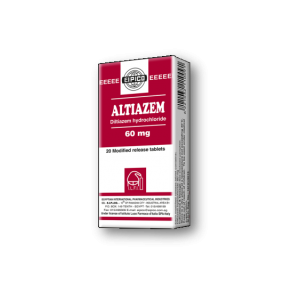 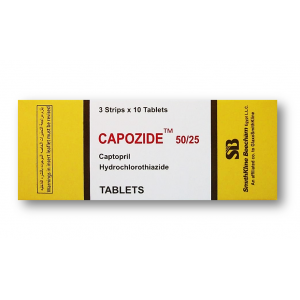 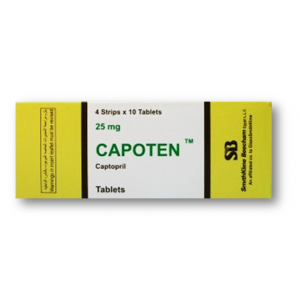 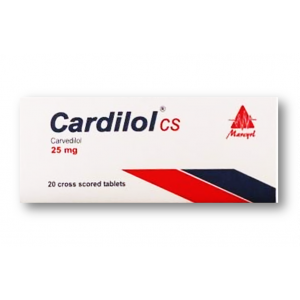 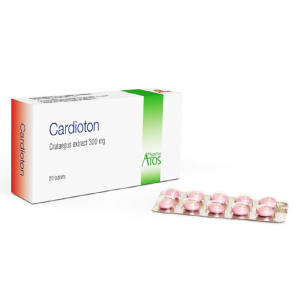